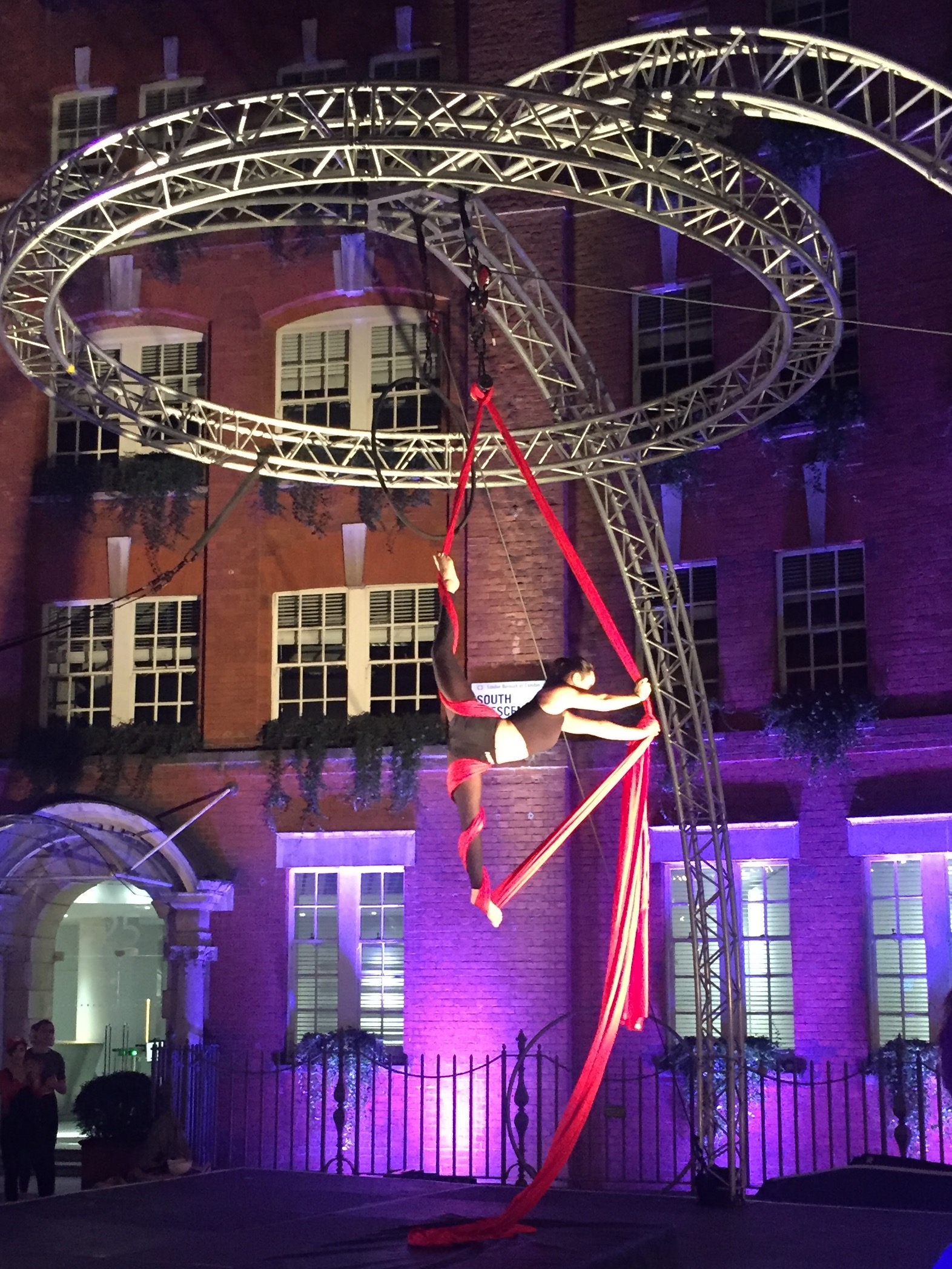 Willow Saville- Hippely joined the National Centre for Circus Arts CAT in 2016, aged 13. During her time on CAT she has worked with artists such as Alula Cyr, Hikapee Theatre, Circumfrence, Silver Linings and Ockham’s Razor.

How did you discover the CAT scheme?

Though the National Centre for Circus Arts (NCCA).

What had been your experience of Circus/ Dance/ Performance before the CAT scheme?

What has the CAT scheme taught you?

It has taught me about teamwork and about independence. I have had to do a lot of performances and group projects which have helped me to work with other people and talk about ideas. On the other hand, I need to do a lot of practice on my own to get better at circus skills. I do this at the Circus Centre and in other places. Being on the CAT scheme has helped me in both ways.

Where has the scheme led you so far?

It has helped me a lot with movement and has made me do things like dance, which I had never tried before and I now really enjoy dance. It has helped me work with people as a team and improve my skills as an individual.

What are any of your future aspirations?

I want to be a circus performer and to do this I plan to continue on the CAT scheme and do the BTEC at NCCA and then do a degree in circus arts.

What advice would you give to a young person who is interested in applying?

I would say that they should definitely try out for the CAT scheme and to get in they should work hard at their training centre and on their own. This will get them closer to the same wonderful opportunities that I have had.

How has the CAT scheme helped you?

It has helped me grow as a person and a performer and in so many ways it has changed my life. It has given me the chance to work on things that I would not have tried if I was not in the scheme like Chinese pole and web spinning. It has made it possible for me to do the things that I love the most.

Anything else you think we should know?

I feel like the CAT scheme has helped me a lot as a person as well as a performer because it has given me the chance to spend time with so many amazing people of various abilities and mindsets. It has helped make me who I am today.

One of the main things we have noticed from our child’s involvement in CAT has been an increase in her strength. Not only physical strength and health, which are both clearly elevated by the exercise and practice required by the scheme, but also her strength of character. Being around people of different ages and with differing opinions and ideas has prompted our child to develop and consolidate her sense of self within the greater community.